Pressvine Worldwide has created a PR and communications platform - disrupting the world of PRtech and making in-house teams happy since 2011. 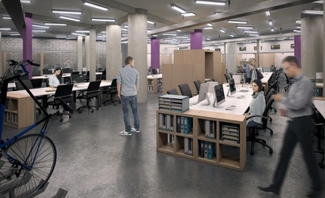 Pressvine Worldwide Limited, a company with its roots in publishing has moved to the Shoreditch area. Its aims are clear, to shake up London PR and make a name for itself as the most innovative PR company available in London.

After several successful years of business near its headquarters in the Midlands, Pressvine Worldwide has opened it's first London branch with public relations account managers Alaia Wharton and Melissa Baker. Jason Pitt, publisher and owner of Pressvine Worldwide commented, "The London location is the next stage in our evolution as a company and a sign of our continued success here in the UK and abroad.'

The company has continued to build an impressive array of clientèle steadily since 2011. It has also shown that its ethos is to empower companies across all sectors.
More information on Pressvine Worldwide can be found at Pressvinepro.com.

Image library associated with this story